Brazil and the OECD – An Opportunity to Protect People and Forests 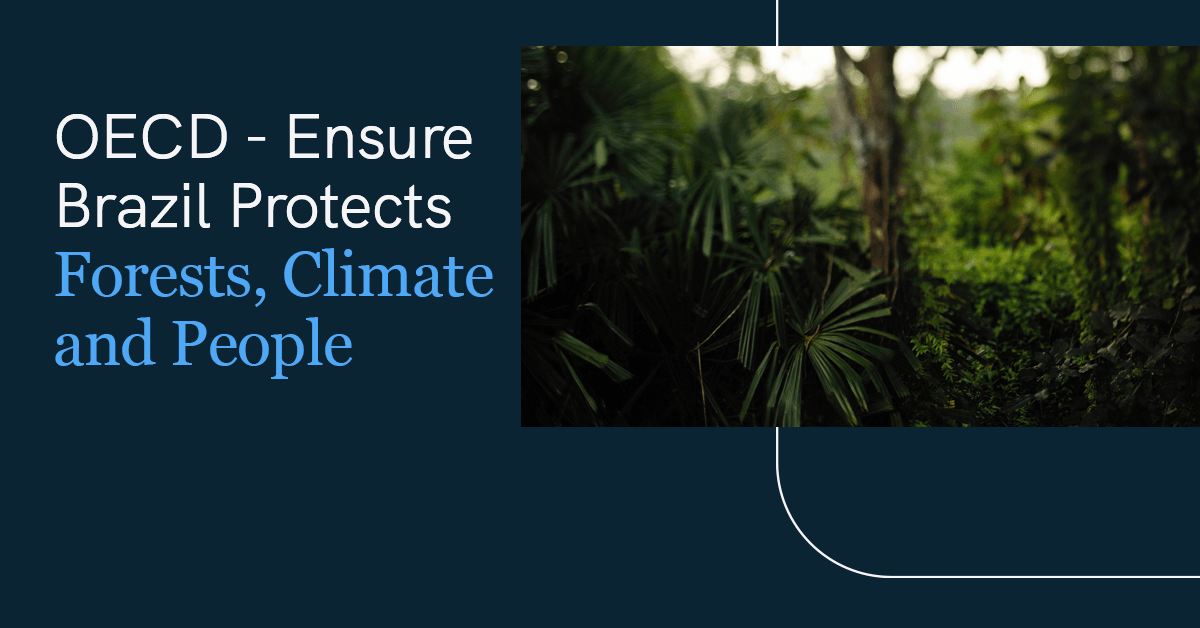 Today, Brazil-based Talanoa Institute and US-based Climate Advisers joined 41 other civil society organizations to send a letter to the Organisation for Economic Co-operation and Development (OECD) and member governments about Brazil’s potential membership in the forum. The letter calls upon these institutions to ensure that Brazil meet the OECD’s high standards for environmental protection, climate, and Indigenous rights; and that the OECD conduct a transparent and thorough process of review that incorporates the views and inputs of civil society, Indigenous Peoples, and forest defenders whose lives have been put at risk by illegal deforestation and land theft.

In June, for the first time ever, the OECD established a ‘roadmap’, for Brazil to join the forum, that set specific environmental, climate and human rights requirements. It was the first roadmap for aspiring members that mentioned deforestation and set a standard that countries seeking to join the OECD must be on a path to achieve global deforestation goals set in Glasgow at COP26. While these standards are necessary and welcome, the process of reviewing Brazil’s application to join the OECD is still far from over.

As we have seen in recent years and explained in our letter, President Jair Bolsonaro’s administration in Brazil has overseen record-breaking levels of deforestation and increased human rights abuses in the name of agricultural expansion. The administration’s failure to enforce federal law to prevent land-theft, illegal deforestation, and illegal mining has created an environmental and human rights crisis in Brazil. President Bolsonaro has stated that joining the OECD is a major focus of his government. The signatories of this letter are rightfully concerned that the Bolsonaro administration’s soon to be published ‘Initial Memorandum’, “a first self-assessment of the alignment of Brazil’s legislation, policies and practices with each OECD legal instrument in force“, will ignore these shortcomings.

In addition, regardless of who wins the second round of election on October 30, the OECD process of reviewing Brazil’s accession to the forum will potentially continue for several years. Ensuring the OECD makes its review transparent and rigorous provides an opportunity to change the Bolsonaro administration’s behavior. In the case of a Luiz Inácio Lula da Silva victory, the OECD process is an opportunity to engage in identifying necessary policy reforms to meet OECD standards and provide support for Brazil’s protection of forests and people.

While we hope Brazil will be able to join the OECD, the process should not be rushed. The OECD must contend with high levels of deforestation and degradation, Indigenous rights abuses, and forest crimes that have worsened during the Bolsonaro administration. We urge the OECD to mandate that to gain membership, Brazil will have to complete meaningful policy reforms in these areas – and demonstrable progress on the ground — as a precondition to joining the OECD.