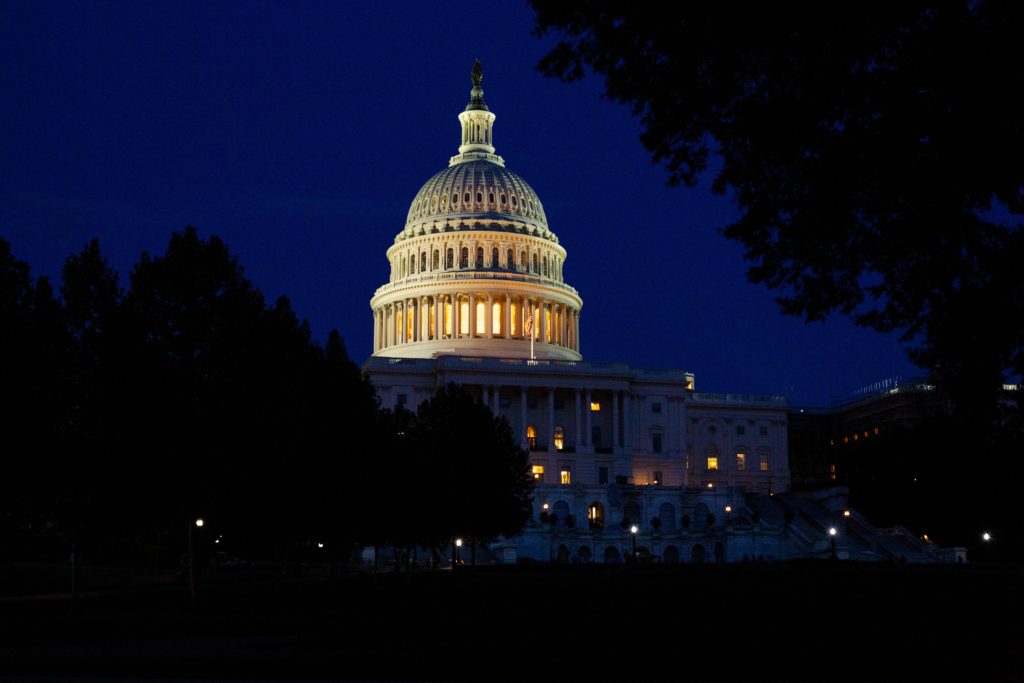 The evolving foreign policy crisis in Ukraine and failure to pass the Build Back Better Act in 2021 has diverted attention away from domestic climate change priorities in 2022. What is still on the table?

Recently, prospects have dimmed considerably for the Build Back Better Act, which would have implemented a significant portion of President Biden’s domestic agenda and included a wide range of climate provisions. However, there is a chance – although not a very good chance – the bill’s climate provisions could pass in a separate piece of legislation. In addition, the House finally passed its version of the America COMPETES Act, a bill intended to help make U.S. manufacturing more competitive with China. This bill has significant implications for U.S. decarbonization of the industrial sector.

The Likely Death and Possible Future of Build Back Better

Senator Joe Manchin (West Virginia-Democrat) said in late December that he could not support the President’s Build Back Better framework in its then-current form. More recently, Senator Manchin went even further, saying that the Build Back Better bill is “dead.” If Senator Manchin’s public remarks are to be taken at face value (experts differ on whether they should be), the Senator’s concerns centered on several of the non-climate provisions in the bill, including a proposed extension of the child tax credit, as well as its effects on inflation and the national debt. In the days immediately following Senator Manchin’s comments more than a month ago, it was unclear whether there was any path forward for passage of the climate provisions in Build Back Better. In the weeks since, however, momentum has begun building around a strategy of breaking up that bill and trying to pass its separate programs one at a time, beginning with its climate provisions. President Biden endorsed this strategy in his January 19 press conference.

Senator Manchin will play a key role in determining the content of the successor to the Build Back Better bill. Because he has been the primary obstacle to passage so far, it is highly unlikely that any provisions he does not support will be included in the possible new bill. To date, however, Senator Manchin has never said publicly what he wants to see in a climate bill. In fact, he has said he wants to start “from scratch” with a “blank page,” presumably meaning that the inclusion of a given provision in past versions of the Build Back Better bill should not be taken to mean that provision will be included in the next version. This is why some members of Congress have suggested that he simply present a proposal to the rest of the caucus.  Senator Manchin has not said he would do this and this has created uncertainty about how the Senate will proceed.

It is therefore too early to say much about the content of the climate provisions of the next iteration of the reconciliation bill. Nevertheless, Senator Manchin’s past positions do provide some hints about what to expect as negotiations continue. Senator Manchin strongly opposed the Clean Energy Performance Program (CEPP), a provision in an earlier iteration of the Build Back Better Act that would have rewarded utilities that generate zero-emissions electricity and penalized those that drag their feet. Senator Manchin said he would not support initiatives that discourage the use of fossil fuels.

Similarly, given the Senator’s past opposition to the CEPP, it can be expected that the bill will omit another Biden administration proposal: an additional consumer tax incentive for the purchase of electric vehicles (EVs) produced in unionized factories on American soil. As for what will be in it, Senator Manchin’s past support for nuclear, energy storage, hydrogen, and carbon capture technologies suggest we could see provisions related to research on or deployment of those technologies. He may also support tax credits for wind and solar, though the Senator’s record on this issue is mixed. Finally, in addition to climate provisions, Senator Manchin has indicated that he would like to see measures that address the national debt, the pandemic, and inflation, so provisions related to those issues are likely to be included as well in any new bill drafted by his office or created by others to secure his support.  As a practical matter, this may mean that the total amount Congress would invest in climate action could be far smaller than President Biden and progressive lawmakers desire.

While there is some clarity on what could be in a new climate bill, should there to be one, it is very difficult to say how likely it is that such a bill would pass the Senate at all. On the one hand, there is reason to think chances are good. Senator Manchin has indicated that he might be willing to support the climate provisions in Build Back Better if they are separated from other elements of the bill. Other Democrats in the Senate (and probably the House) are also likely willing to support a Manchin-driven climate bill, and President Biden has said he would sign such a bill into law.

On the other hand, there is a real question as to whether Manchin is acting in good faith. Because he has been the main obstacle to passage so far, some observers believe that, if he were serious about passing a climate bill, one would have passed already. Some speculate that Senator Manchin is merely delaying action as much as possible until the urgency of the November elections makes it impossible for Congress to enact climate legislation. Under this view, Senator Manchin’s statements about potentially supporting climate measures are obfuscations meant to minimize criticism from progressives and the media.  Climate Advisers believes that this view is more likely to be correct. Senator Manchin has not been a reliable negotiating partner for the Biden administration. He has said one thing and then has done another. Plus, Senator Manchin does not appear to be working actively to chart a path forward. If he truly wanted a climate bill, he would take the lead in crafting it, which he has not done.

Finally, as to timing, most Congressional Democrats want to pass a bill as soon as possible, and the President would prefer to pass a bill before his first State of the Union address on March 1, since this would give put him in a better position to claim he had fulfilled his campaign promises. At this point, however, passage by March 1 looks extremely unlikely, given that negotiations do not appear to have progressed and that Senator Manchin has said he would want relevant Senate Committees to weigh in on its provisions — a process that typically takes months. As with the content of the bill, the timeline is ultimately up to Senator Manchin, and so far, he has not committed publicly to any particular deadline, which could mean he would prefer not to have any bill. If the Senate does not pass a climate bill by July 4, it is unlikely to do so this year on account of the midterm elections in November.

The America COMPETES Act is the House version of the United States Innovation and Competition Act, which passed the Senate with significant bipartisan support in June. The primary aim of this piece of legislation is to address a semiconductor shortage and other supply chain issues that have contributed to inflation during the pandemic, as well as to make U.S. manufacturing more competitive with China. In addition, the bills contain several provisions intended to counter China’s influence and impose penalties for bad behavior. Manufacturing- and supply chain-related provisions include funding for basic scientific research and STEM education, provisions requiring that iron, steel, manufactured products, and construction materials used in federally funded infrastructure projects to be American-made, and a program to identify and remediate vulnerabilities in the supply chains for critical industries. This last provision includes a directive to incentivize domestic manufacturers of critical goods to, among other things, “relocate manufacturing facilities, industrial equipment, or operations related to the production of critical goods from countries of concern to the United States or to other allies or key international partners.”

Provisions to counter China include sanctions on China for cybersecurity issues and human rights abuses; provisions requiring the U.S. Trade Representative to take certain actions related to digital trade and censorship practices; numerous provisions intended to counter the Belt and Road initiative by offering financing and debt relief to developing countries; a provision authorizing funds to promote democracy in Hong Kong; a provision establishing an interagency task force to address Chinese market manipulation in the United States; a provision calling for increased coordination by Quad countries on COVID-19,  climate change,  maritime  security,  quality  infrastructure,  technology  standards,  and  combatting economic coercion; and a provision establishing an interagency  task  force,  led  by  the  Department of  State,  to  monitor  international  climate change impacts  on social  conditions  to  anticipate  potential  national  security  risks to  the United  States and many others.

After passing the Senate, the bill languished in the House for months. This delay was largely because many House Democrats were more interested in passing the Build Back Better Act, but it also had to do with ideological differences between the two chambers, particularly with respect to foreign policy provisions in the Senate version of the bill intended to counter China. Republicans have criticized the House bill for not being tough enough on China. When the House finally did pass the bill in early February, it also added several climate-related provisions, including:

In general, the House version of the bill includes much more support for green industry and clean energy than does the Senate bill.

Before the bill goes to the President for signature, the House and the Senate will need to agree on a compromise version. The bills are designed to re-establish U.S. leadership in manufacturing, with the House version preferring the growth to be in green manufacturing and green supply chains. It is unclear at present whether that will happen since significant differences remain between the two chambers. However, with polls indicating that Democrats’ prospects in the midterms are not good, many members of Congress are eager for a win. Any compromise bill is likely to pare back the climate provisions added in the House version, but it is unlikely that they will be eliminated entirely since the bill might then struggle to pass the House.