Estimating the Impact of the Energy Transition Accelerator 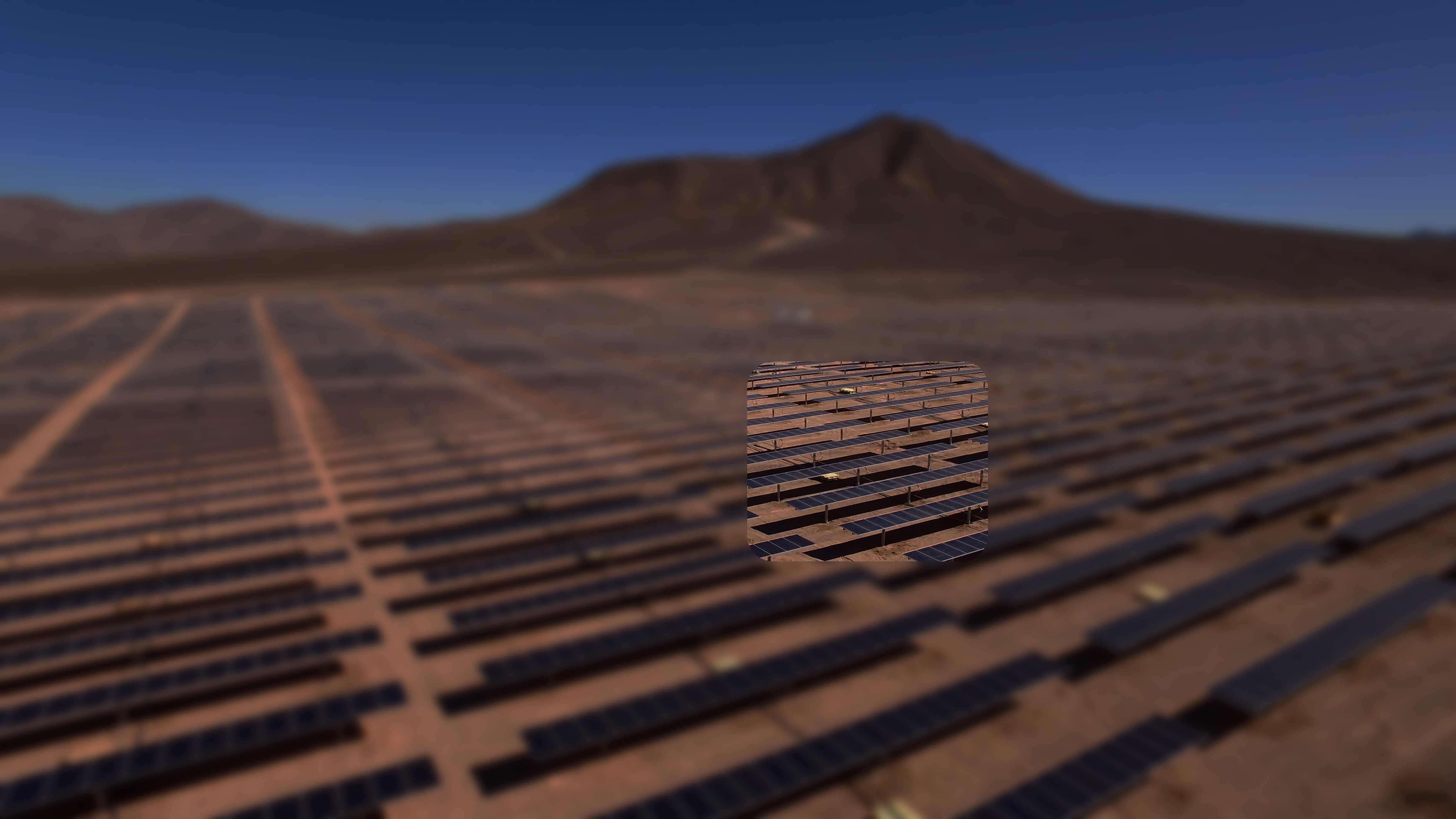 With support from the Rockefeller Foundation, Climate Advisers, a climate policy consultancy working to strengthen global climate action, has sought to estimate the potential impact of the ETA. Specifically, we analyzed the following three key questions: How much funding could this initiative mobilize for developing countries? What impact would this initiative have on global climate ambition? What funding would be generated for international adaptation?

The U.S. government and participating charitable foundations have stated that they intend to consult with countries, companies, and advocates in 2023 before finalizing the terms of the ETA. To be able to model the potential impact of the ETA, however, we had to make certain assumptions about how the ETA might work in practice, as described below. Based on these assumptions, which include widespread participation by eligible companies, we found that the ETA could dramatically accelerate the financing of renewable energy and the associated decommissioning of fossil fuel power plants in developing nations through new, large-scale private sector investments. Under what we called a transformative scenario, the ETA could mobilize $77-139 billion in funds through 2030 and mitigate an additional 1.3-2.3 billion tons of climate pollution, the upper limit of which is roughly equivalent to annual emissions from India. The ETA could also generate $3.8-6.9 billion for international climate adaptation in this transformative scenario, 11 to 19 times the record $356 million in funding raised for the international adaptation fund at COP26. We also examined another scenario in which the ETA would operate more at the scale of recent public-private partnerships aimed at financing climate action in developing nations. Under these more modest assumptions, the ETA would still mobilize $4-8 billion for energy transitions in developing countries and result in an additional 64-128 million tons of emissions mitigation through 2030, while generating $200-400 million for international adaptation. These results are summarized below in Figure 1.

As the ETA has yet to be fully designed and private sector participation is still unclear, Climate Advisers is currently unable to assess the comparative likelihood of either outcome. The structure of our analysis and the findings are explained below.

The press release announcing the ETA suggests that companies with science-based climate targets might participate in the ETA to receive limited and partial credit toward corporate net zero emission targets. For purposes of this analysis, we assumed this would be the primary reason that companies would join the program and invest financial resources at scale. Since the sponsoring organizations have stressed that participating companies would need to make deep emission reductions independent of the ETA, we assumed that the companies could only count emission reductions financed via the ETA toward corporate commitments to reduce Scope 3 emissions. This includes value chain emissions from suppliers and end users. Scope 1 and Scope 2 emissions generated from a company’s operating activities and energy usage are not included in our analysis. We also assumed that participating companies would only receive credit for up to 50 percent, and possibly far less, of their targeted Scope 3 emission reductions through 2030, the earliest announced end date of the ETA. Finally, we assumed that ETA rules would prohibit the participation of major fossil fuel producers or that such companies would not initially participate in the ETA.

To model the potential impact of the ETA in the face of these uncertainties, we considered two potential scenarios:

The press materials announcing the ETA stated that participating companies might be required to finance additional emissions mitigation to receive credit toward their corporate climate commitments. For this reason, both scenarios assumed that participating companies would finance 1.5 tons of emission reductions for every 1 ton of emission reductions counted toward corporate Scope 3 climate targets. Since the 1.5 multiplier acts as a scaling ratio, our analysis could easily be adjusted to reflect a different multiplier or the absence of one altogether, depending on how the final ETA rules are designed.

Interestingly, real-world outcomes could resemble a combination of our scenarios: ETA participation at the end of 2023 or soon thereafter could resemble the modest scenario, but if corporate, country, and civil society support for the ETA grows, the results in 2030 could mirror the transformative scenario. Climate Advisers currently makes no prediction. This analysis is offered solely to help illustrate the possible impact of the ETA under differing assumptions to inform future discussions about the ETA’s design.

How much funding could this initiative mobilize for developing countries?

To understand the scale of funding that could be mobilized by the ETA, we first estimated the total emission reductions targeted by the largest 2,000 companies globally. Consistent with the assumptions above, we then narrowed that list to include only companies that meet all the following conservative criteria. The companies had to have:

Using these eligibility criteria, we were able to reduce our sample size from 2,000 companies to 249 companies with an estimated 11.6 GtCO2e in combined Scope 3 emissions. We then used the largest 25 companies in each sector to create an average emissions profile of a large, eligible company, to which we applied the parameters outlined in our two concrete scenarios. We also note that while applying our eligibility criteria, we took a conservative approach by excluding companies without fully developed Scope 3 targets or with unclear emission reduction goals. Figure 2 summarizes our company selection process.

First, one must determine the total cost per tCO2e of energy transitions in developing countries. The International Energy Agency estimates the cost of renewable energy deployment in developing countries to be around $25 to 30 per tCO2e. The cost of decommissioning fossil fuel energy and ensuring a just transition for communities and workers also need to be factored into any total cost estimate. So too do the costs of modernizing and expanding the energy grid and other infrastructure. As these additional costs will vary significantly depending on local conditions, the total cost of the energy transition could be $50-200 per tCO2e depending on the developing country.

One must also consider how much companies would be willing to pay to secure credits under the ETA versus other means. Due to the climate ambition multiplier outlined in our assumptions (companies need to buy 1.5 times the number of credits they intend to apply toward their Scope 3 climate targets), the effective cost of a carbon credit for a company would be 1.5 times the cost of emissions mitigation in developing nations. Thus, the effective cost to companies would be $30 per tCO2e if ETA credits are priced at $20 per tCO2e.

Now, armed with our initial $30 tCO2e effective cost estimate for companies, we are finally able to offer an answer to the core question: How much funding would the ETA mobilize? Based on widespread company participation in the transformative scenario, the ETA could mobilize in the range of $77-139 billion in funds through 2030. Even under our more modest scenario with limited company participation, the ETA would still mobilize $4-8 billion for energy transitions in developing countries. These results are summarized in Figure 3.

What impact would this initiative have on global climate ambition?

Figure 5 below shows the total emissions mitigation financed via the program, including both targeted Scope 3 and additional emission reductions. To the extent that participating companies might have fallen short of Scope 3 emissions mitigation targets without the program, the contribution of the ETA to raising climate ambition could reasonably be said to also include some unknown portion of the Scope 3 emissions, in addition to the emission reductions from the 1.5 ambition multiplier. We did not account for this possibility.

What funds would be generated for adaptation?

How do these estimates compare to the supply of ETAs in developing countries?

At this point, the next logical question is whether developing nations could supply sufficient emission reduction credits from decarbonizing their electricity sectors to meet the demand for ETA credits projected in our illustrations, particularly under the more ambitious transformative scenario. This question falls largely beyond the scope of our analysis today, and we have not yet had the opportunity to conduct an in-depth assessment. However, the following high-level data points may be helpful to contextualize our findings:

These data points suggest that, at least theoretically, the demand and supply for ETA credits could mesh relatively well. For the ETA to work at the scale implied by the transformative scenario, developing countries would need the political will and technical capacity to decarbonize their power sectors quickly with the financing that the ETA’s carbon credits would generate. This is in addition to leveraging other concessional and non-concessional capital provided in a blended finance context.  More work is needed to analyze the feasibility of these assumptions.

The results outlined above represent preliminary illustrations of the ETA’s impact based on a representative sample of eligible companies. These are subject to change as more information is shared on the companies that are likely to participate in the ETA and their flexibility to credit ETA emission reductions toward corporate net zero climate targets. Further research is needed to ensure that estimated ETA credit prices are sufficient to achieve decarbonization goals, to better understand demand from companies, and to estimate the scale of future ETA credit supply.

Estimating the likely impact of the ETA is difficult to do now since its design elements and the level of private sector participation remain uncertain. Nonetheless, if designed well, the ETA could have a highly positive impact on global efforts to mobilize funding for energy transitions in developing nations. Under certain assumptions about widespread company participation, availability of blended finance, and effective implementation of the new program, our findings illustrate that the ETA has the potential to mobilize large-scale funds to finance the shift from fossil fuels to renewable energy, increase global emissions mitigation roughly equivalent to India’s annual emissions, and turbo charge private sector contributions to international adaptation. Under more modest assumptions, the ETA could still make a significant contribution to climate action roughly on the scale of the LEAF coalition, which uses the jurisdictional approach to carbon crediting and is one of the largest public-private climate finance programs to date. Either outcome, if implemented well, would make the ETA one of most promising public-private climate finance partnerships in recent years.

This report was authored by Niamh McCarthy, Director of Climate-Related Risk at Climate Advisers, and Matthew Piotrowski, Senior Director for Policy & Research