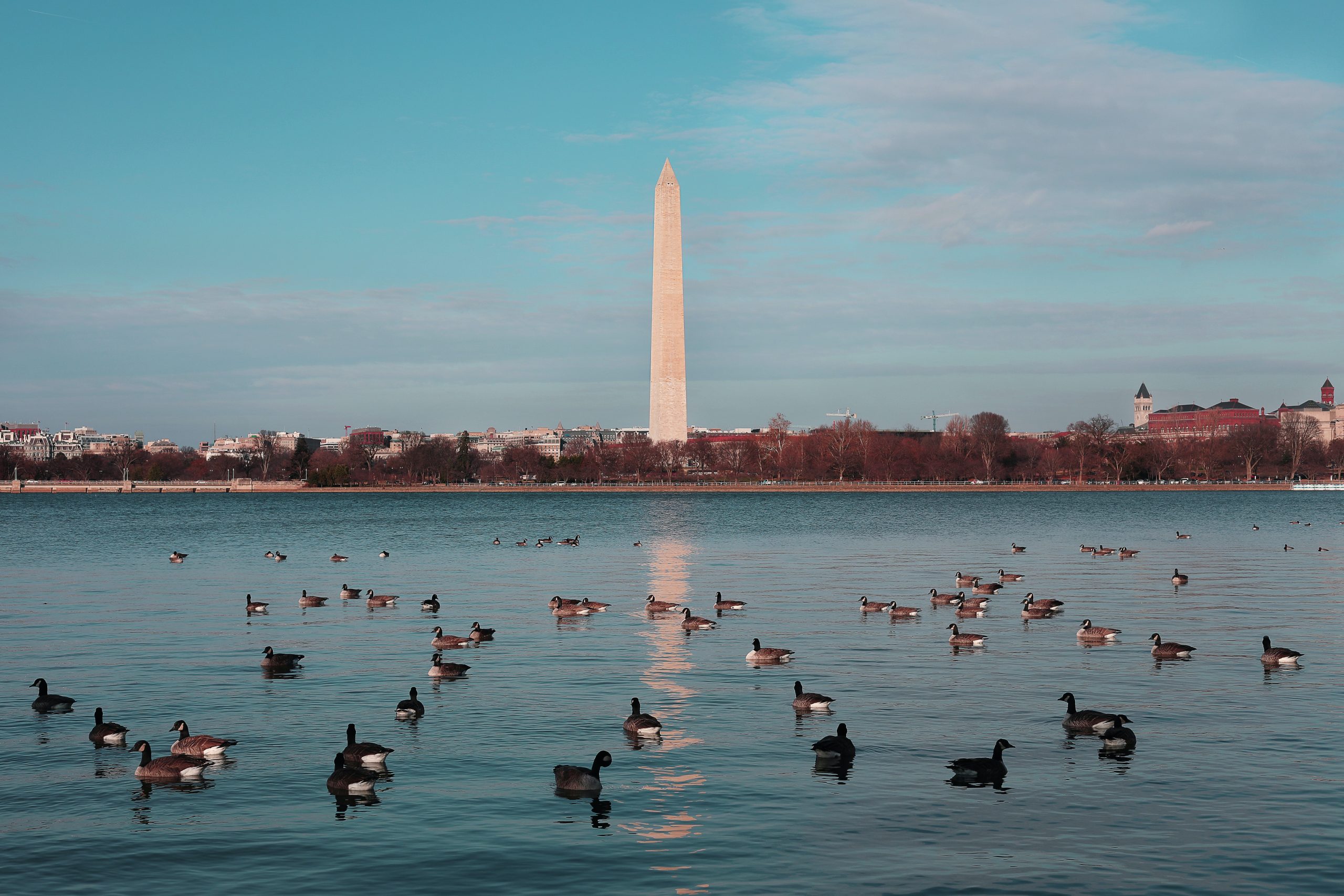 At COP26 last year, the United States re-established a leadership position on climate change by working with other countries to strengthen 2030 emissions targets so that they align more closely than before with the goal of keeping warming at or below 1.5 degrees. The Biden administration is looking to use the G7 summit at the end of June to reinforce its commitment to climate action, despite the geopolitical uncertainty from Russia’s aggression against Ukraine and the rising importance of other topics (such as inflation and global hunger). And climate groups in the United States see the G7 meeting as an opportunity to make progress on issues such as the domestic phaseout of coal, climate finance, and climate clubs. But G7 leaders have higher, more pressing priorities to deal with at the summit amid the preoccupation with Russia’s invasion of Ukraine and its economic impacts, including high prices for petroleum and natural gas and the emerging food crisis.

U.S. NGOs and think tanks expect the Biden administration to be careful with its response to the G7’s commitment to work toward phasing out domestic use of coal and decarbonizing electricity sectors by 2035. Even though the 2035 date aligns with President Biden’s domestic goal on this topic, the coal phase-out target remains very sensitive because of politics on Capitol Hill. The Biden administration is uncomfortable with being seen at home as having been too forceful on the coal issue internationally. This is partly because of currently high natural gas prices and the insecurity surrounding global supplies amid Russia’s aggression. The administration is also concerned about domestic politics with Senator Joe Manchin (Democrat-West Virginia), the key swing vote in the Senate. Since Senator Manchin represents a major coal-producing state, President Biden risks upsetting him and permanently losing his support on a broad energy and climate package in Congress, if the Biden administration is seen as being too negative toward coal on the international stage. Against this backdrop, the United States is expected to walk a middle path between European nations and Japan, especially with European countries increasing their coal use as they decrease their dependence on Russian gas.

U.S. climate activists are particularly concerned about G7 countries following through on their commitments on international coal finance and climate finance. According to the draft communique, G7 countries say that they are on track to provide $100 billion per year through 2025 and believe they will meet their goal next year. While this represents significant progress, U.S. NGOs may press G7 countries to commit to a larger amount than the $100 billion, but it is not clear how the G7 would react to the NGO ask. The U.S. NGO community saw an early victory with G7 Ministers agreeing to stop funding fossil fuel investments overseas. Meantime, in the lead up to the G7 summit, negotiations with Germany were able to bear fruit as both sides signed a declaration of intent to establish a framework to support energy transition, with a focus on hydrogen, zero-emission vehicles, and offshore wind. The administration publicly touted this pact with Germany. Special Envoy Kerry endorsed the deal, pointing out the economic benefits. “What Germany and the U.S. have both shown is that, if you are an early mover country, if you are a country that invests now, moves into this transition, there are enormous benefits, economic, social and security benefits,” Kerry said.

The issue of climate clubs is also expected to be on the agenda as it is a high priority of German Chancellor Olaf Scholz. There is yet a consensus in the United States on climate clubs, but the idea is starting to gain traction, even among conservatives. U.S. Senator Kevin Cramer (Republican, North Dakota) said that he sees an international climate club as a way for the United States to gain trade advantages over countries that produce dirtier products. Like some other conservatives, Senator Cramer argues that the United States could implement a border adjustment fee and join a climate club without having to impose an economy-wide carbon tax. U.S. lawmakers worry that Europe’s carbon border adjustment measure (CBAM) will disadvantage the United States and subject U.S. exporters to higher costs. “Every time a European leader comes in, I do sort of plead with them, ‘Help us catch up. Let’s reconcile something together before you move forward too quickly,’” said Senator Cramer. Despite the interest from Senator Cramer, who is from a major oil producing state, it is too early to tell whether a majority of senators will support a border adjustment fee and joining climate clubs anytime soon. Biden administration cabinet-level officials have yet to take a public position on climate clubs, but they would fit with its goal of aligning high-ambition countries on reducing emissions in a pragmatic way. For instance, Greta Peisch, the General Counsel for the Office of the U.S. Trade Representatives, has spoken publicly in favor of trade deals that incentivize accelerating decarbonization. The administration would likely favor climate clubs that are not seen as exclusive, regulate embedded carbon instead using carbon pricing, and start small with just one or two sectors before expanding.

Given that the G7’s attention has been focused mostly Russia’s aggression against Ukraine, U.S. NGOs and think tanks see cooperation on climate heading up to the summit as significant for the administration. Commitments on climate finance, decarbonization of the electricity sector, and overseas fossil fuel development show clear progress on international climate collaboration, while also reinforcing U.S. leadership. Nevertheless, President Biden is dealing with the same dilemma in the international realm as he is domestically with regard to inflation and high energy prices. Global oil prices are well above $100 per barrel again, and Europe is poised to further limit imports of Russian crude oil. Even though the G7 agreed to enhance climate ambition, it also called on OPEC to increase its production to help bring down prices. In the gas market, Europe will continue to look to the United States to help offset supply gaps through shipments of Liquefied Natural Gas (LNG). U.S. NGOs worry that the current market turmoil for oil and gas will threaten to continue to slow progress on President Biden’s climate agenda.

U.S. stakeholders suggest that the Biden administration, through the Quad, the new Indo-Pacific Framework, and increased collaboration with ASEAN members, is trying to stitch together different relationships that increase trade and investment between the United States and the region, with climate change an important part of negotiations in the future. While diplomacy with Asia-Pacific countries yielded short-term victories and strengthened relationships on climate, most importantly for the administration it lays the groundwork for future collaboration in the region. Agreements that the administration publicly touted include South Korea’s Hyundai agreeing to invest $5.5 billion to build a battery and electric vehicle plant in Georgia and agreements with Japan to expand offshore wind capacity, invest $100 billion in climate finance programs, and share renewable technologies. Both not only strengthen trade and climate ties with both countries but also provide jobs and economic benefits, helping President Biden build his argument that climate action is important for a stronger economy.

The meeting of John Kerry, the Special Presidential Envoy for Climate, with his Chinese counterpart Xie Zhenhua at Davos was the first high-level meeting of the U.S.-China dialogue that was announced at COP26. The meeting shows how the two countries have been able to, for the most part, isolate climate from other issues that are contentious between the two countries, particularly Taiwan. Special Envoy Kerry highlighted the two countries’ progress at Davos on forming a group to cut emissions in both the United States and China, with coal as the main focus of this group. Although not much more tangible came out of the meeting, their talks kept the dialogue moving forward between the two countries, building off modest developments at Glasgow. Still, the slow pace of progress, as shown by the talks at Davos, reflect how the two countries are not making speedy headway on big climate issues. Special Envoy Kerry said that he will stay at his post through at least COP27 in November, but it is likely that he will step down after that. In his remaining months at his post, he will keep collaborating with China as his top focus, in order to pressure Beijing to increase its climate ambition.

Special Envoy Kerry was able to announce another victory while at Davos through the First Movers Coalition, a group of companies that uses its purchasing power to help scale up technologies that reduce emissions. The First Movers Coalition, a public-private partnership that aims to create market opportunities for companies in hard-to-abate sectors, expanded to 55 companies, nine government partners, and six sectors. This Coalition, first announced at COP26 in Glasgow last year, is seen as an important group that facilitates public-private partnerships, uptake in clean technology, increased demand for low-carbon products, and decarbonization of hard-to-decarbonize sectors. Some key wins in the First Movers Coalition announcement, which the administration will look to build on, include launching two new sectors —aluminum and carbon removal and bringing— in Japan, Sweden, the UK, and other countries. Special Envoy Kerry said that the growth in the First Movers Coalition provides a strong “demand signal” to accelerate decarbonization because of its “enormous purchasing power” and collaboration between government and the private sector.

U.S. NGOs are increasing expectations for COP27 and have started to lay out its priorities, but the summit in November is unlikely to produce as many headlines as last year. As the administration is preparing for the Egypt summit, it has had a series of meetings at both the Ministerial and bilateral levels. The main focus has been on the administration’s “implementation plus” strategy— meeting existing commitments, strengthening commitments that are not robust, and creating new commitments and action where there are not yet any. Methane has remained a top issue for John Kerry’s team, and the Global Methane Pledge is now up to 113 participants. The administration will continue to push for further actions from the oil and gas sector, more action on renewable energy, and major economies to align their NDCs with 1.5 degrees Celsius. U.S. stakeholders expect a long list of issues to come up for discussion, and for the host country Egypt to put forth its own initiatives, particularly on water and agriculture. The administration expects Egypt to see this COP as an implementation summit rather than one heavy on negotiation.