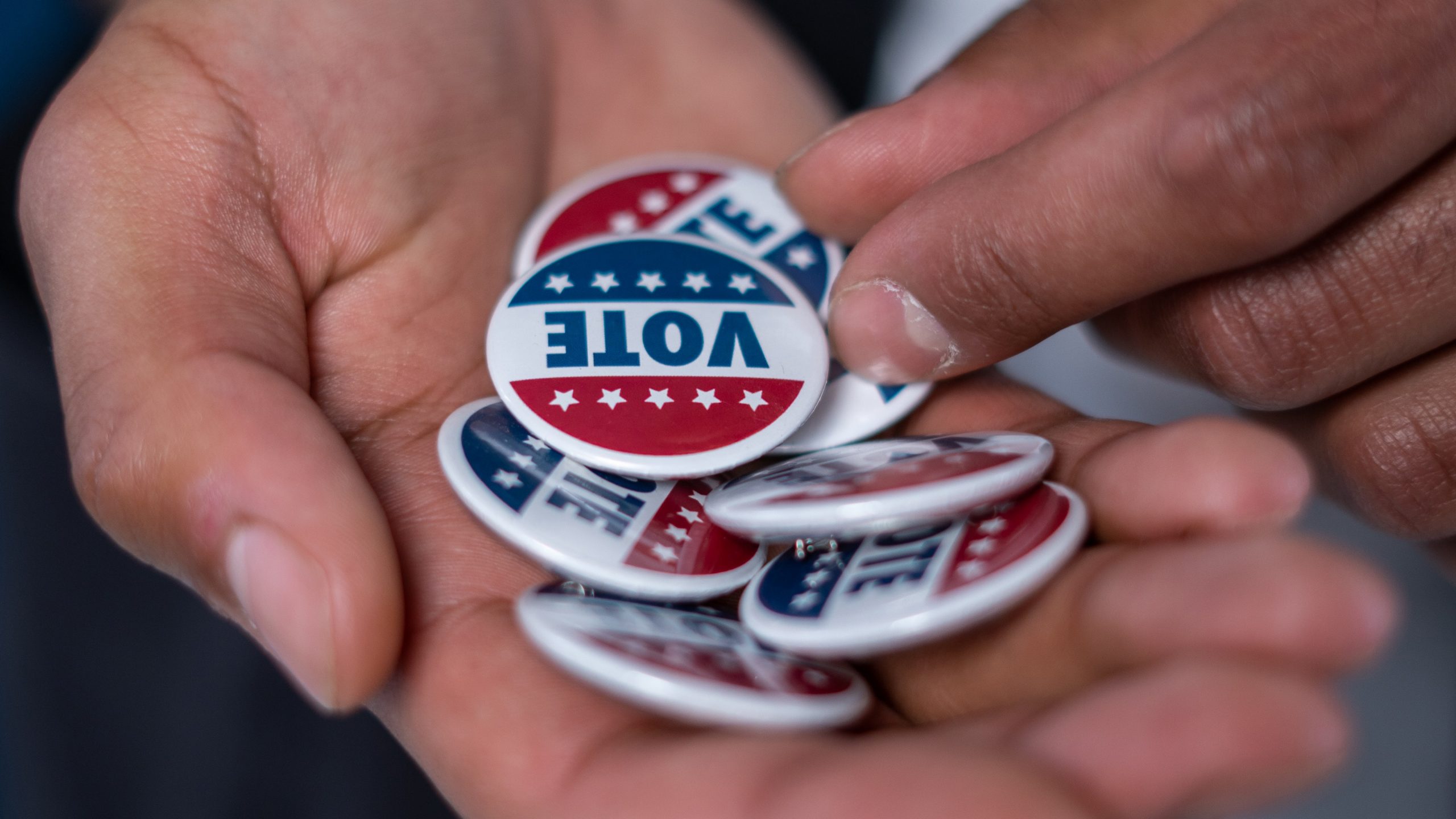 Democrats’ chances of holding on to power in the U.S. Congress have improved considerably since predictions earlier in the year. At that time, it seemed virtually certain that Republicans would win control of the House of Representatives and likely the Senate as well. Today, by contrast, Republicans have only a 70 percent probability of winning control of the House, but Democrats have a two-thirds chance of retaining control of the Senate according to prominent election forecasting source FiveThirtyEight.  Democratic control of the Senate is an 80 percent probability, according to The Economist. We explain the unexpected shift, as well as what the midterm election might mean for climate policy in the next Congress.

When we last covered the midterms, gasoline prices were the highest they had ever been (in nominal terms), and Democrats had controlled Congress and the White House for well over a year with little to show for their efforts. The situation seemed ripe for Republicans to capitalize on voters’ general discontent by seizing control of Congress, as the party out of power usually has in past midterm elections.

Since then, however, several developments have improved Democrats’ chances. For one thing, gasoline prices peaked in June and have fallen by about 25 percent since then. In addition, in late June, the Supreme Court issued its ruling in Dobbs. v. Jackson Women’s Health Organization, a decision that overturned a nearly fifty-year-old legal precedent guaranteeing access to abortion. Also in June, the House of Representatives Select Committee to Investigate the January 6th Attack on the United States Capitol began holding hearings, and on August 8th, the FBI raided former President Donald Trump’s residence and private club in Florida. Finally, throughout the summer, Congress passed a number of bills enacting much of its and the President’s agenda—some of them, notably, with Republican support. These included a modest gun reform bill (the Safer Communities Act), a bill to bolster the domestic chip manufacturing industry (the CHIPS and Science Act), and finally the Inflation Reduction Act.

All these events have impacted Democrats’ midterm chances in different ways. With gasoline costs accounting for a significant portion of many Americans’ budgets, falling gasoline prices have the potential to allay voters’ broader economic worries, at least somewhat, even as inflation remains high overall. Meanwhile, the Supreme Court’s decision in Dobbs provided voters with a particularly vivid example of what the minority party stands for. Often, in election years, the party out of power prefers to keep a low profile so it does not detract from any mistakes the party in power might make with voters. The unpopular Supreme Court decision, made by an ultra-conservative majority that is the culmination of a decades-long effort by the Republican party, has made it impossible for the Republican party to keep a low profile this election cycle. A majority of voters, polls show, have negatively viewed Republican actions on reproductive rights.

Similarly, the January 6th Committee’s hearings have kept the threats to democracy associated with a second Trump term at the front of voters’ minds, and the FBI’s raid on the former President’s Florida resort have provided further evidence of his improper exercise of authority. Since President Trump may run again for president in 2024 and would likely receive nearly unanimous support from elected Republicans, these reminders have made some voters reluctant to support Republicans. For example, one Minnesota voter interviewed by the New York Times said he agreed with Republicans on economic issues but planned to support Democrats at the polls on account of President Trump, explaining that he “think[s] that every person in the nation should work hard to purge Donald Trump from the Republican Party in one way or another. Because we need a healthy Republican Party, and it’s not right now — it’s sick.” By contrast, the laws Congress passed recently, especially the IRA, with its many robust climate measures, have helped to blunt a criticism of Democrats that they promised a lot on the campaign trail but had done little of substance since. Against this backdrop, more Democrats and Independents see the country moving in a better direction and approve of President Biden’s performance (see below).

That said, it is important to note that there are several reasons to believe Democrats may yet struggle in the actual election results. First, the President’s party has historically encountered some backlash from voters in the midterms, and voters tend to punish whoever is in power when the economy is bad. These trends do not favor Democrats this cycle. Second, OPEC’s recent decision on October 5th to cut production by 2 million barrels per day is likely to increase gasoline prices just prior to election day. Should that happen, Democrats may forfeit some of the goodwill recent price declines have bought them with voters. Third, there have been some recent indications that circumstances are shifting more in Republicans’ favor. Google search trends show that over the last month or so, searches related to immigration and the economy—both issues generally favorable to Republicans—have increased while searches related to abortion and either democracy or the January 6th hearings have declined. Finally, there is some reason to think that some of the polls painting a surprisingly optimistic picture for Democrats this cycle are biased in their favor, just as polls were in 2016 and then again in 2020.

Caution is in order when trying to predict what will really happen on election day. It is hard to know what significance to attribute to the Google trends data as people could be searching for immigration- and economy-related topics for various reasons. For instance, while a search including the phrase “illegal immigration” could indicate concern about illegal border crossings, people could also be trying to fact check a suspicious claim made by a politician. Similarly, searches for abortion-related topics could indicate not that voters have become less concerned about the issue, but rather that, with over three months having passed since the Court handed down its decision, they feel like they understand its implications and significance.

As for bias in the polls, the opinion polling errors in 2016 and 2020 argue in favor of some degree of skepticism about the pre-election polls, particularly given that some of the polls showing Democrats doing better than expected this cycle are in the same places where polls overestimated support for Democrats in 2020. But polling errors in previous elections have historically not been predictive of errors in future elections. Moreover, the modelling behind the forecasts already hedges against the possibility that the polls are too optimistic for Democrats in various ways, for instance by giving more weight to polls from firms whose polling has been more accurate in the last few election cycles. So even if the polls are off a bit, there is still reason to think Democrats’ chances are fairly good of doing far better than many predicted in June of this year.

We’ve considered the implications of two possible outcomes: (1) Republicans win the House while Democrats retain control of the Senate and (2) Republicans win control of both houses of Congress. At that time, we predicted that, in either scenario, Republicans would use their power to prevent the passage of any major climate legislation and conduct investigations and hold hearings that would take time and energy away from the administration’s climate initiatives. In addition, we said, in scenario (2), Senate Republicans would likely use their power to block appointments to executive agencies and prevent President Biden from appointing federal judges, helping to preserve the rightward tilt of the federal judiciary. These scenarios would not be good for the administration’s goal of strengthening climate policy.

We stand by this analysis. As emphasized above, however, in the intervening months it has become clear that a third possible outcome seems plausible: (3) Democrats retain control of both houses of Congress. This scenario could result in a new round of climate and clean energy bills, particularly if Democrats win at least one additional seat in the U.S. Senate (to allow them to bypass Democratic Senator Joe Manchin of West Virginia, who blocked and then weakened the President’s climate legislation). In addition to infrastructure permitting reform (discussed below), the biggest opportunity for additional legislation is likely the so-called “Farm Bill,” a sweeping piece of legislation affecting everything in the U.S. agricultural economy and food system, from crop insurance to school lunch programs.  The Farm Bill is up for re-authorization next year. In addition, a Democrat-controlled Congress could try to bolster agencies’ authority and work climate measures into budget bills.  This could result in large increases in international climate finance, for example.