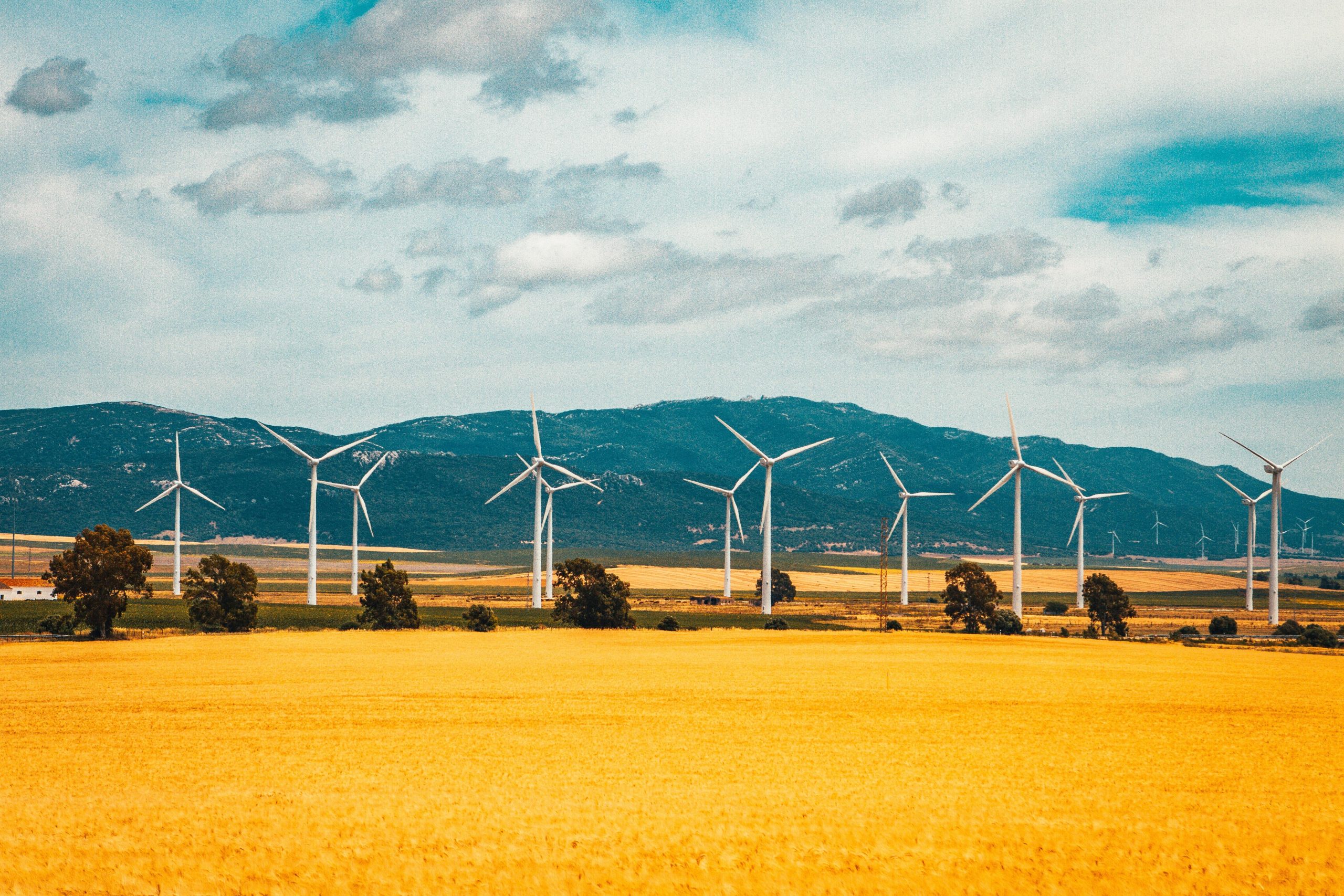 After the Trump administration pulled out of the Paris Climate Accords and rolled back environmental regulations, climate experts and advocates shifted their resources to the state and local levels in an effort to stay on track to meet emissions targets. A similar dynamic could play out now with no congressional action and the Supreme Court ruling constraining the EPA’s ability to regulate greenhouse gas emissions have discouraged many in the climate field, prompting them to return to the same advocacy tactics used during the Trump presidency. Even with talks for a federal climate package now revived on Capitol Hill, the United States would still need aggressive action at the state and local levels to meet its 2030 target.

This post examines the progress on emissions reduction that states and localities have achieved in the past six months, along with analyzing how subnational action can help the United States to reach its long-term climate goals.

Legislative Developments at the State-Level

The United States is sharply divided between states making progress on emissions targets and states that are largely opposed to broad legislation to mitigate climate change. The U.S. Climate Alliance, a bipartisan coalition of 24 governors, has sought to fill the gap in leadership at the federal level through the information sharing of government-funded R&D and collaboration on initiatives that address renewable energy market demand and efficiency standards.

But some experts point out that the coalition represents only 42 percent of total U.S. emissions, and most governors of states with the largest levels of fossil fuel production have elected not to join the alliance. Still, a number of jurisdictions have passed more aggressive emissions reduction legislation in recent months, and others are zeroing in on climate action through budget proposals and executive regulations. At the same time, climate activists are shifting their attention and resources from Capitol Hill to state legislatures in the hopes of seeing more action at the local level.

Other states have passed legislation that compels companies to take an active role in the green economy transition. Maine enacted a new grid planning law that requires utilities to submit plans on how they will meet Maine’s emissions targets. New Mexico is strengthening its clean car standards, and its Environmental Improvement Board implemented regulations to cut down on methane leaks from the state’s oil and gas producers. Colorado has also targeted oil and gas companies, increasing their financial liability for cleanup costs and pollution risks.

Members of the U.S. Climate Alliance are also stepping up their climate commitments through executive action and planning. Michigan Governor Gretchen Whitmer released a plan in April that details how executive agencies can lead the state to 60 percent clean energy, the construction of infrastructure that supports two million electric vehicles (EVs) on the road, and the protection of 30 percent of Michigan’s land and water by 2030. Wisconsin Governor Tony Evers released the state’s first clean energy plan the same month, outlining initiatives to reach 100 percent clean energy by 2050 and invest in clean energy workforce development. North Carolina Roy Cooper issued an executive order earlier this year that calls for 50 percent of new car sales to be EVs by 2030 and sets a goal of cutting overall emissions 50 percent by 2030.

Clean energy budgetary developments and investment proposals are also gaining momentum at the state level. In March, Washington Governor Jay Inslee signed a $17 billion transportation package into law, which will catalyze projects electrifying public transportation and building walking and biking infrastructure. The New York State legislature passed a bill that requires all school buses to have net-zero emissions by 2035. The bill is connected to a separate initiative on the ballot this November that would invest around $1.5 billion for EV bus purchases, wind power supply chains and clean water infrastructure.

Constituents in California will also vote on a measure this election cycle that would raise income taxes on the state’s wealthiest to generate almost $100 billion in revenue over the next twenty years that will be invested in EV purchases, scaling up EV charging infrastructure and mitigating wildfires. California Governor Gavin Newsom has spearheaded his own investment agenda after the state announced an almost $100 billion budget surplus. Among the expenditures in the budget that Newsom signed last month are an additional $6.1 billion to support the EV transition, $3.8 billion to accelerate renewable energy projects, and $14.8 billion to bolster public transportation infrastructure.

Without significant mobilization within the federal executive and legislative branches, the United States will not reach President Biden’s target of reducing GHG emissions by 50 to 52 percent (versus 2005) by 2030. The Rhodium Group, in a new report, says that the United States would cut emissions by 24 percent to 35 percent below 2005 levels by 2030 without additional federal policy action.

Without a comprehensive federal package, experts agree that increased activity by subnational jurisdictions would not likely be enough to meet the 2030 target. In order to meet the 2030 target, experts say that almost half of the emissions reduction should come from the electricity sector, with a target of 90 to 100 percent of coal power plants being retired by 2030.

The popularity of EVs would also need to grow exponentially from their current market share of four percent, with modeling scenarios ranging from 34 to 100 percent by 2030. Experts also point to addressing the release of methane and hydrofluorocarbons, improving building efficiency and electrification, and funding large-scale reforestation initiatives to accelerate natural carbon sequestration as important actions needed to meet the 2030 goal. These projections rely on the assumption that strong national climate measures are implemented alongside subnational legislation. Current commitments made by subnational governments alone are predicted to cut emissions up to only around 25 percent by 2030, well below President Biden’s 2030 goal.

The more ambitious states are looking to increase their climate action. Members of the U.S. Climate Alliance are largely on track to reach or exceed their goals; member states have implemented policies and initiatives that are estimated to collectively reduce the group’s emissions 43 percent below 2005 levels by 2030.

However, total U.S. emissions modeling scenarios also relies on the assumption that states outside the coalition – many of which have high levels of fossil fuel production – are beginning to reorient their policies to meet Paris targets. Many of these states are controlled by conservative governments that have thus far avoided or actively hampered renewable energy development projects and climate regulations.

Over half of U.S. state governments do not have specific GHG targets or mechanisms to accurately track reductions. Many of those same states are using litigation and executive action to try to slow down market shifts to renewable energy. For instance, multiple Republican-led states, including West Virginia, Texas, Utah, and Idaho, are pulling assets from companies that are divesting from fossil fuels or prioritizing ESG issues.

However, there is momentum that suggests private sector and federal-state partnerships can also support efforts that help the U.S. get closer to reaching its long-term emissions targets. With over $500 billion allocated for state and local projects under the Infrastructure Investment and Jobs Act passed in 2021, both Republican and Democratic governors are using federal funds to build out EV infrastructure, support clean energy development and strengthen public transportation systems.

In a number of solidly red states, including Oklahoma, Kansas, South Dakota, and North Dakota, revenue opportunities have superseded traditionally conservative policy positions to drive an enormous expansion in wind energy. In some of these Republican-controlled states, wind power generates as much as 57 percent of total electricity, far outpacing states like California and New York. Democratic states are also taking advantage of federal-led wind power initiatives, as seen with last month’s announcement that the Biden administration will accelerate funding for supply chains to support the development of offshore wind facilities along the coasts of 11 states.