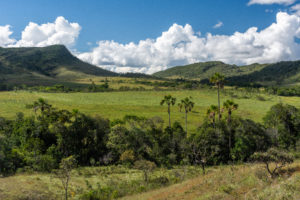 CRR has identified a sample of direct suppliers and buying relationships with soy-producing groups in the Cerrado for Brazil’s top five soy traders. By analyzing direct relationships and soy-producing operations near trader siloes, CRR estimates the deforestation risks traders face.

Bunge is the only major soy trader with a goal to eliminate legal and illegal deforestation from its supply chain. The goal states that by 2025 Bunge will no longer be exposed to deforestation (legal or illegal) across its entire supply chain.

“Bunge’s goal of eliminating deforestation is the most ambitious goal of major soy traders to date. However, this data shows it may have a longer way to go than its competitors in removing producers involved in deforestation from its supply chain,” said Marco Tulio Garcia, CRR analyst.

SLC Agrícola cleared the most of soy producers and is directly linked to clearing 10,152 ha of forests (nearly 25% of the land it cleared between 2011-2017). SLC Agrícola made news in 2020 stating it would clear “5,000 more hectares” and then end deforestation before 2021, a goal it appears to have failed to meet.

The report analyzed the deforestation attributable to major soy and beef producers in the Cerrado and the level of exposure soy traders and Brazilian retailers faced from selling beef. A review of the policies and goals amongst these actors shows weaker and fewer commitments to eliminate Cerrado deforestation from their operations.

“The Cerrado is home to 40% of Brazil’s freshwater and contains 5% of global biodiversity. It is a biodiversity rich region threatened by agriculture that has already cleared 50% of the Cerrado territory,” stated Matt Piotrowski, CRR analyst. “Action by these companies is urgent to clean up their supply chains as Brazilian law protects less than 3% of the Cerrado compared to 46% of the Amazon.”

The companies exposed to the most deforestation in the Cerrado in the beef and Brazilian retail sectors are JBS and Casino Group with links to at least 1,984 ha and 1,237 ha in 2020 respectively. Casino Group is facing a lawsuit from environmental NGOs and indigenous Brazilian groups for its participation in selling beef from illegally deforested land in violation of France’s “devoir de vigilance” law CRR analyzed in an earlier report.

The report analyses the escalation of financial risk for investors through market access risk, regulation risk, financing risk, and reputation risk. With tens of billions of dollars in exposure by financers to top Cerrado deforesters, EU regulation and forest policies of major financers could lead to more divestments and/or engagement.

You can read the full report here.

To submit questions or to request an interview please contact Kyle Saukas: saukas@climateadvisers.org