Bolsonaro and Agribusiness Feel the Backlash of Amazon Fires 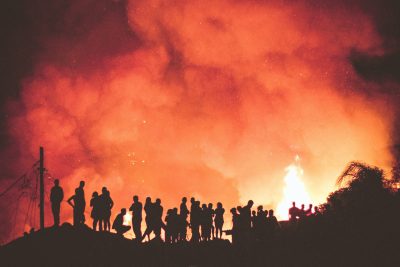 Matt Piotrowski reveals the impacts Brazil’s government and agribusiness industry are feeling after the devastating Amazon fires made international headlines as part of our efforts to monitor the Amazon.

The outrage over the fires spreading throughout the Amazon has contributed to a major decline in public approval for Brazilian President Jair Bolsonaro.

Recent polling reveals that Bolsonaro’s public approval has taken a hit, with the fires a likely factor contributing to his lower poll numbers. Almost 40 percent of Brazilians disapprove of the government, more than double the levels in February, based on a poll by MDA/CNT. The same poll showed that more than 50 percent of Brazilians disapprove of Bolsonaro’s personal performance, up from 28 percent in February.

The pollsters conducted the survey in late August, while Brazilians were paying close attention to the fires spreading through the Amazon. Respondents pointed to the environment as one issue in which he is performing poorly. There could be more backlash against Bolsonaro should he not take actions to limit deforestation. Almost 70 percent of Brazilians believe that the government should “balance” economic growth and environmental preservation.

But Bolsonaro is not the only target amid outrage over the fires. The international spotlight is also on Brazil’s agribusiness. With the Brazilian government loosening oversight and regulations, businesses remain a critical line of defense in curbing deforestation. Global anger has put multinational companies operating in Brazil on the defensive. NGOs, media, investors, and consumers have targeted companies that are connected to deforestation in the Brazilian soy and cattle markets.

Norway’s largest pension fund, KLP, has reached out to major soy traders – Bunge, ADM and Cargill — and has mentioned possible divestment. Major retailers H&M and VF Group ceased buying Brazilian leather, while Nestle is reconsidering its ties to the Brazilian market. Meanwhile, Ceres and Principles for Responsible Investment, representing 230 investors that hold USD 16 trillion assets under management, called on companies operating in Brazil to take action to stop the forest fires, reduce deforestation, implement robust zero deforestation policies and shore up traceability, monitoring, and reporting systems. The entire Brazilian beef industry is under scrutiny, and it will remain so for its connections to deforestation, particularly as a number of investigations come to light and 80 percent of deforestation is driven by cattle.

Looking to know more about Brazil’s agricultural and forest issues? Click here to find our deeper dive in Issue Three of our Brazil newsletter and subscribe to get updates direct to your inbox.