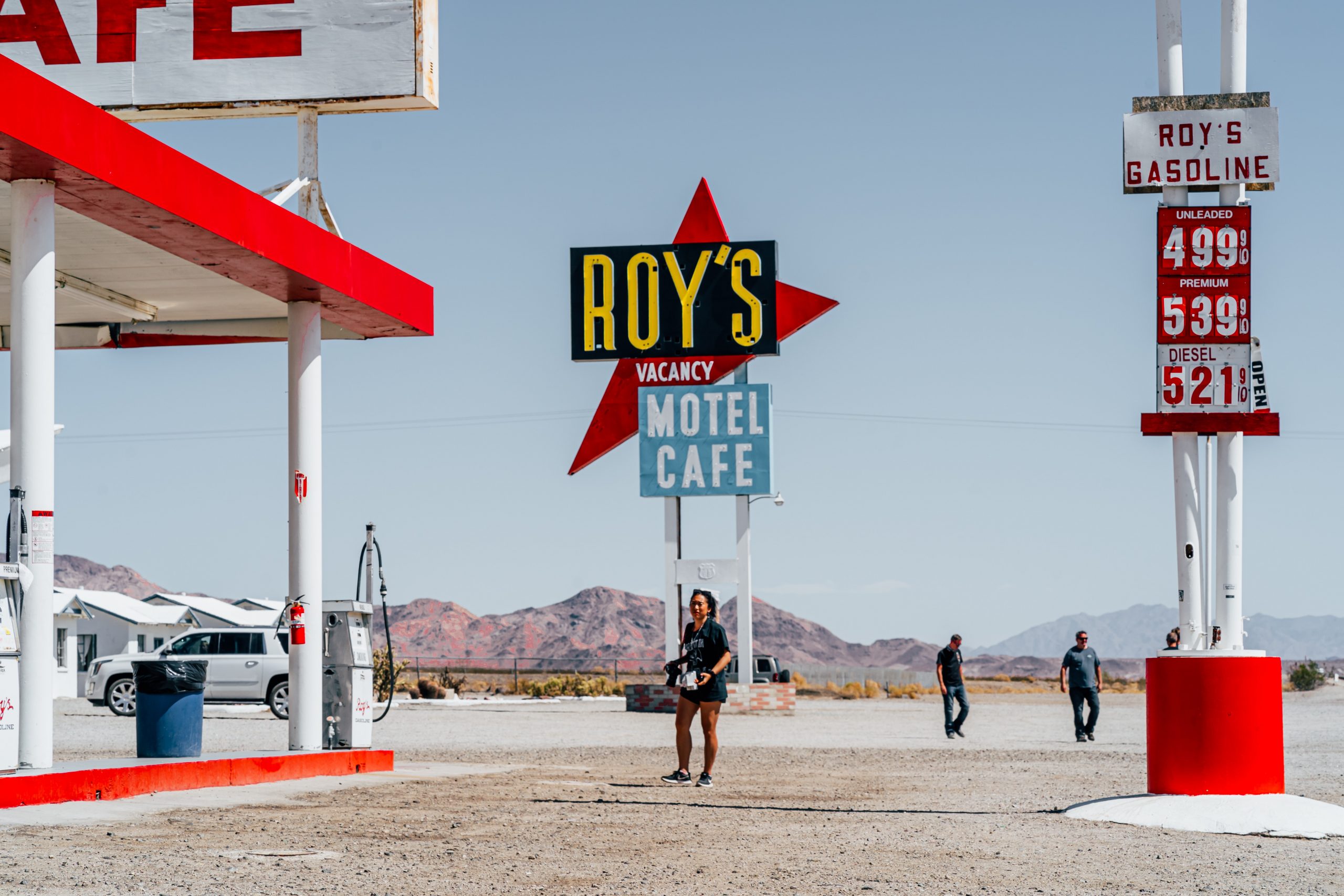 What would be the consequences for climate action should the current energy crisis worsen, and prices rise even higher or remain elevated for an extended amount of time?

Now that tensions between Moscow and the West over Russia’s invasion of Ukraine have led the United States to stop buying Russian energy supplies, the situation could lead to even more measures – from either the United States or its allies – that restrict energy volumes coming from Russia. If there are more penalties against Russia that include energy, they could cause an even greater energy price shock and precipitate a global economic recession. The effects would be severe and long-lasting. Russian President Vladimir Putin has meanwhile not stopped selling oil and gas supplies since the country’s economy is highly dependent on export volumes, but as the conflict escalates, threats to energy supply will continue as both sides leverage their market power to harm the other.

The United States and Energy Security

The United States has experienced a number of energy supply disruptions in the past, all of which have led to major policy actions, though some much more significant than others. In the mid-1970s, in the aftermath of the 1973 Arab oil embargo and subsequent oil price rise, the United States implemented major energy security and conservation measures. The country required fuel efficiency standards for cars and trucks for the first time, set up the Department of Energy, helped establish the International Energy Agency, and banned the exports of most crude oil. The 1979 oil crisis led to the liberalization of the U.S. fuel market with the ending of price controls and the establishment of a global futures trading market for oil to boost transparency and undercut OPEC influence. In the mid-2000s, in response to oil prices rising to record levels, the George W. Bush administration passed two major energy bills that led to the domestic shale boom, tightened fuel economy standards for the first time since the 1970s, provided financial incentives for EVs, and mandated the use of biofuels.

Despite all of these and similar efforts, the United States has never been able to achieve the long-sought-after goal of so-called “energy independence” – which would entail not being dependent on other countries for energy supply and becoming invulnerable to global price shocks. Since the shale revolution has dramatically increased domestic oil and gas production and the country’s oil demand has plateaued, the United States’ economy is indeed less susceptible to actions by petrostates or a rise in global prices. That is an incredible achievement given that the country now relies on imports for approximately 40 percent of petroleum needs, compared to more than 60 percent in the mid-2000s. In the gas market, the United States is now the world’s biggest LNG exporter, a stark turnaround from a decade ago when the assumption was that the country would need to import large amounts of gas. Yet, as the crisis with Russia shows, the United States has a long way to go to reach true energy security. Considering the current tension with Moscow, will the United States take significant steps to finally reach true energy security through decarbonizing its economy, particularly the transportation and power sectors?

Climate activists would like the current situation to bring about a watershed moment for U.S. climate action and significantly accelerate decarbonization efforts, with true energy security gained from a consensus among policymakers, businesses, and consumers on clean energy. But that scenario appears too optimistic given the country’s polarization on energy and climate, and therefore unlikely. Here are two other more likely scenarios.

In this scenario, the United States’ reaction to the energy crisis hastens the country’s uptake of clean energy, but there is no quick phaseout of fossil fuels. Even though near-term issues, such as national security and macroeconomic uncertainty, take precedent over longer-term, more visionary approaches on climate, the Senator Joe Manchin (Democrat-West Virginia) middle-ground approach to climate does bear fruit. Fossil fuels are not harmed by policies, and in fact are supported through technologies that help make production cleaner, such as carbon capture, utilization, and storage (CCUS). At the same time, support for technologies and initiatives that help fossil fuel production is coupled with funding and incentives for green energy. In particular, the United States would likely see measures implemented along the same lines as we saw after previous price shocks: conservation initiatives and incentives for cleaner transportation. Any clean energy and climate initiatives that pass may indeed be beneficial for cutting emissions but won’t be enough on their own to reach U.S. climate goals.

In this scenario, Democrats and climate activists use the situation of elevated and volatile gasoline prices to create a narrative that decarbonizing the economy aligns with greater energy security and the need to blunt the power of petrostates, particularly Russia. But Republicans are just as able to make a convincing case that since the U.S. economy is powered by oil and gas, not harnessing our own resources would bring about an existential threat to the United States and undermine both economic and national security interests. Republicans support for accelerated uptake of clean energy, particularly EVs, on the basis of its potential to grow jobs, but only when the fossil fuel industry (with the exception of coal) can be fully on board. This bipartisan consensus – which is essentially an “all-of-the-above” energy strategy — leads to policies that increase incentives for EV purchases, promote greater conservation, support renewable production, and expand the electricity grid, along with more carbon capture projects, LNG export terminals, and crude oil pipelines.

Meanwhile, consumers significantly increase their purchases of EVs, as they are mostly motivated by cost savings of EVs as they fully realize that gasoline prices will remain high and volatile. But the turnover of the entire country’s fleet will take decades. Even before the war in Ukraine caused prices to spike, some projections showed EVs rising from 3 percent of new sales in 2021 to over 30 percent by 2030, putting more than 25 million on U.S. roads by then. Even if this projection is conservative, the transportation sector would still be a long way from deep decarbonization.

The main source of contention between the two parties regarding the electricity sector is LNG, since the United States has benefitted through increased exports to a number of markets, particularly Europe to make up for lost volumes from Russia. Volumes sent overseas remain elevated despite Europe, amid the Russia-Ukraine war, no longer seeing natural gas as a convenient “bridge fuel” from fossil fuels to renewables. Even though Europe is able to accelerate its decarbonization of its electricity sector, the continent is still reliant on U.S. LNG, which helps lead to natural gas remaining a key source of the U.S. electricity mix despite sweeter incentives for renewables and their declining costs.

With a middle-ground approach on energy and climate, the United States may not be on the path to meet its 2030 NDC, but the continued penetration of renewables and EVs do set the stage for deeper emissions reductions in the 2030s. This situation is enough to help the United States in leading international negotiations as it can point to examples of clean energy victories at home despite being on the defensive about elevated oil and gas production.

In this scenario, both political parties fall back into their respective positions on energy and climate and fail to strike a compromise that significantly increases climate ambitions. Any action, by either the West or Moscow, that significantly affects oil and gas supply lead to continued high prices and negative impacts on the global economy. To alleviate pain from high prices – which prompt greater inflation and affect everyday consumer choices – U.S. policymakers focus mostly on policies to increase oil and gas supply. And while national defense spending soars, funding for clean energy does not. The Biden administration, instead of following Europe’s example to shift to renewables as quickly as possible, gives into demand to boost U.S. oil and gas production through opening public lands to drilling, tap the Strategic Petroleum Reserve whenever necessary, ask OPEC producers and other foreign countries to increase their output, and meet with oil and gas companies to convince them to boost their own activity in the United States. While President Biden encourages EV production and purchases in some speeches and executive decisions, his main priority is reducing gasoline prices to help Democratic electoral chances and reducing the risks of a major global recession.

As President Biden gives into conservative and consumer demands for lower prices, Republicans continue to hammer traditional arguments in favor of fossil fuels. They say that the best way to gain long-term energy security and provide the strongest economic benefits in the energy sector is to incentivize as much drilling as possible. In fact, the high oil prices from the Russia-Ukraine war stimulate another massive boom in U.S. shale production, putting American oil and gas companies in better financial position. This brings about an increase in jobs in the oil and gas sector, giving conservatives even more of an incentive to continue their argument in favor of drilling. Energy lobbyists exploit the crisis to get more approvals for fossil fuel infrastructure, and exports of both oil and natural gas do in fact give the United States stronger geopolitical clout, making the sector even more attractive to a large portion of Democrats, including President Biden and future Democratic presidential candidates. In the meantime, while consumers get frustrated by high gasoline prices, they do not move forward with buying EVs at the pace some forecasters had originally anticipated. There are too many concerns over charging infrastructure and a majority of motorists are not fully aware of the overall economic benefits of EVs. High gasoline prices are a nuisance, but motorists adjust.

Progressive Democrats, meanwhile, see their messages get drowned out by the calls to leverage America’s domestic fossil fuel industry to reduce the economic clout of Russia and other petrostates. They say that the Russian-Ukraine conflict and subsequent spike in energy prices were a missed opportunity. There are incremental gains in curbing emissions, with states such as California and New York leading the way in EV adoptions and decarbonizing their power grids. But there is no nationwide consensus that combating climate change and undercutting Russia would require the same solutions. As a result, the United States comes up well short of its 2030 emissions target and political polarization over climate and energy endures throughout the rest of the decade, forcing the United States to cede its leadership in climate ambition.

The fact that Build Back Better has not passed does not bode well for President Biden’s long-term climate goals, particularly since this may be the Democrats’ best chance to pass an ambitious climate agenda for another 5-10 years. But the energy price shock of the Russia-Ukraine war has changed perspectives on the need for longer-term energy solutions. If Senator Manchin’s middle-ground approach can gain broad support from all Democrats or even some Republicans in the next year, then the more optimistic outlook (Scenario 1) is more likely. However, if lawmakers do not take advantage of the current crisis and nothing passes in this Congress, then the second scenario would set the stage for very limited climate action this decade. If so, consumers and businesses (along with states and cities) would have to lead the way forward in cutting emissions, but without massive federal action, the pace would not be fast enough to meet longer-term targets.