Moving Toward a Single Standard for Green Steel in G7 Countries  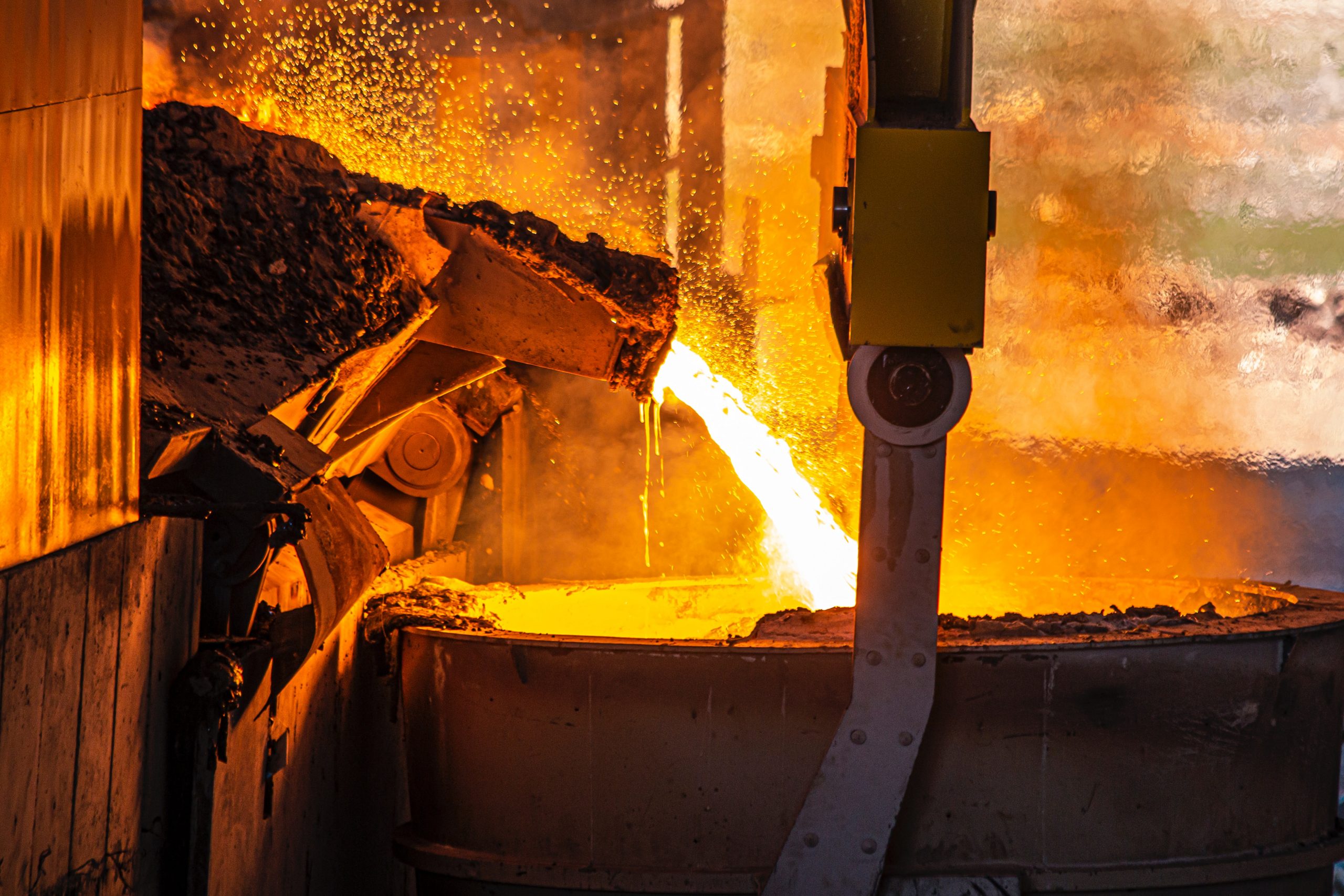 As countries work toward long-term net-zero goals, heavy industry has come under scrutiny as one of the highest-emitting sectors. Steel in particular is an important area of focus, as both a carbon-intensive industry and one of the world’s most widely used materials. Steelmaking accounts for between 7 and 9 percent of global CO2 emissions. While other high-emitting sectors, such as power and transportation, have clear long-term pathways toward decarbonization via electrification, steelmaking is complicated by “process emissions” from consumption of coal as an ingredient in traditional blast-furnace-basic office furnace (BF-BOF) steel production and the high heat and significant electrical power from a largely carbon-fueled power grid. Existing technologies have the potential to decarbonize steel production, but they have not been implemented on a global scale and will require huge new investments unlikely to be forthcoming without aggressive creation of significant new markets for lower-emitting products. Moreover, steel is a heavily traded good and is the industrial sector involving the highest ratio of “production emissions” (emissions in exporting companies) to “consumption emissions” (arguably attributable to the purchasing or importing countries where the goods are used). ). Thus the need to avoid “carbon leakage” where companies move to less stringent regulatory jurisdictions.

The significance of steel in global emissions and its widespread use indicate that decarbonizing the steel industry is crucial to achieving net-zero and Paris Agreement goals, particularly since global steel demand is expected to grow to 2.5 billion tons by 2050, up by almost 40 percent versus current levels. The global trade pattern in steel, the investment required, the critical nature of market creation, and the need to avoid “carbon leakage” that dilutes the efforts of  countries leading the decarbonization effort will require new global alignment on strategy and cooperation between major steel producing and consuming countries that does not now exist.

The G7 is particularly well positioned to initiate a process for global cooperation since its members (considering the EU countries together) include three of the five largest steel producers globally, and two of the four largest steel importers of steel, and all members have significant influence on international trade. The first step and prerequisite for any such an effort is to crystallize agreement around a common methodology and standards for identifying “low carbon” and “zero carbon” steel, the basis on which all other efforts must be built. The economic powerhouses of the G7 are the best candidates to promote general agreement on clear standards the industry can follow and establish lead markets for decarbonized steel production with a structure that induces the necessary investment and discourages carbon leakage.

The G7 should make this effort a top priority for 2023. In order to build the platform for global cooperation on zero-carbon steel trade, investment and market creation is crucial so that the necessary foundational steps to build that platform are on the G7 agenda immediately and for adoption at its May 2023 summit. They are:

This paper explores the necessity of creating standards for green steel, the importance of G7 countries as leaders in this effort, and new initiatives that can serve as a guide to help build a consensus around standards. We conclude with recommendations for governments and companies to consider ahead of the G7 summit in Hiroshima in May 2023.

The Need for G7 Leadership

While some consensus has developed in the nonprofit/multilateral organization space for a common methodology, there is no broad agreement among governments, industry, or companies to coalesce around any approach. And there is less agreement about how to structure data reporting requirements that can be validated or develop a venue for supporting that process, with agreed data requirements and transparency.

Only new and focused intervention by government leadership can accelerate the process of agreeing standards and a methodology. Although a number of corporate producers are moving forward in decarbonizing their steel output, increasing governmental involvement is necessary to incentivize widespread change to lower emissions and harmonize global trade of green steel. In 2022, the German presidency of the G7 initiated these conversations with its “climate club” initiative at the G7 summit in 2022, which could be used to align standards for green steel. Several G7 nations, including the United States and Japan, however, are not convinced that a new climate club proposed by Germany will work because of its emphasis on carbon pricing. However, in place of an official price-based climate club moving forward through the G7, an agreement on standards for embedded carbon emissions in steel and for collection of transpart data could supply the  essential first step in harmonizing trade and coordination for accelerating decarbonization in steel, and could be a harbinger of similar platforms for other heavy industries including cement, chemicals and aluminum.

Importantly, any movement in green steel trade among G7 members will have impact beyond G7 countries. Since G7 leaders play a major role in setting the global political, trade, and climate agendas, consensus solutions agreed to by G7 nations will attract broader political support among other wealthy nations and shape global changes in steel trade, an important development since China and India are the world’s top producers. In the past, G7 nations have reached agreement on the general importance of promoting green growth and industrial decarbonization, and can take the next steps on green steel standards and methodologies.

Even though there is no consensus on standards and methodologies, over the past three years, there has been substantive progress on methodology and protocols for evaluating the embedded carbon emissions in steel products, including by the Industrial Deep Decarbonization Initiative (IDDI) at the United Nations Industrial Development Organization (UNIDO). Others, such as SteelZero/Responsible Steel, the International Energy Agency (IEA), First Movers Coalition, and now the OECD have also taken important steps in this area.

The International Energy Agency (IEA), for instance, earlier this year developed recommendations outlining actions the G7 can take to facilitate decarbonization of heavy industry, citing its economic weight, industry leadership, and global alliances as factors contributing to their potential impact on the sector. These 10 recommendations ask the G7 to develop long-term policies for sustainable transition, finance mechanisms for implementation of technologies, create lead markets for net-zero products, develop measurement standards, and more, in the next few years, signaling that countries should prioritize industrial decarbonization in multilateral negotiations. The IEA further released a report on the steel and iron industries covering recommended actions specific to those industries, including the establishment of standardized methodologies for evaluating green steel. This is intended to serve as a roadmap for the G7 and other high-ambition countries looking toward heavy industry decarbonization.

At the same time, key industry actors have developed their own standards, around which several countries and corporations have begun to coalesce. The primary example of these is the ResponsibleSteel (RS) Standard, which integrates two versions of certification: for facilities producing steel and for the produced crude steel. The current RS standard was developed over five years through input from various key players, including representatives from industry and civil society. The overall standard is defined by 13 principles covering environmental, social, and governance (ESG) requirements for certified companies, such as responsible sourcing of input materials and prevention of greenhouse gas emissions. As a technology-agnostic certification, its standard for GHG emissions enables and motivates innovation toward decarbonization while remaining cognizant of different types of steel production and technologies around the world. RS aims to encourage steel production while also considering larger social and environmental implications, and its certification has been adopted by multiple influential coalitions and organizations, such as IDDI. The certification further provides assurance and accountability to buyers that the steel was produced responsibly, with lower embedded emissions. The RS GHG methodology is a starting place for aligning major steel-producing countries and leading companies, as it defines an internationally consistent basis for comparing greenhouse gas emissions with the goal of creating a net-zero steel sector by 2050. The pathways suggested by IEA and ResponsibleSteel are guides for countries to look to in developing decarbonization policies.

Although the IEA describes several policy recommendations that can be bolstered by standards and methodologies demonstrated by ResponsibleSteel, countries have not yet fully endorsed these recommendations, or any that are similar. But governments of the United Kingdom (UK), India, Germany, the United Arab Emirates, and Canada recently announced a Green Procurement Pledge (GPP) through IDDI. The pledge asks signatories to start requiring materials used in public construction projects to be low emission, and for private construction projects to have no emissions by 2030. In addition, the First Movers Coalition, strongly supported by United States’ advocacy, adopted an early version of the RS GHG standard a year ago as its target for seeking future commitments by companies to acquire “zero carbon steel” by 2030 and later years.

Even though these various initiatives and programs are closely aligned, there is no obvious process yet for them to become tied together. Without that process, progress will continue to be preliminary and sluggish. Perhaps equally important, there is also no agreement on which international institutions should host, oversee, or administer the effort to make a final decision on methodology and data structure — and undertake day-to-day  implementation. G7 nations have agreed on the general importance of promoting green growth and industrial decarbonization but have yet to reach agreement on major questions like standards and methodologies needed for rapid progress in hard-to-decarbonize, energy-intensive, and trade-exposed industries like steel.

Recommendations for Countries and Companies

Despite the need for a consensus surrounding common standards, methodologies, and data, governments and industry have not come to full agreement on any approach. The following recommendations are provided to help jump-start actions to bring about the necessary steps required for accelerated  action. G7 countries should consider the recommendations at their upcoming summit in Hiroshima in May 2023 and adopt them in the next few years.

This article was written in partnership between Climate Advisers and the Atlantic Council’s Global Energy Center. It is the first in a series on decarbonizing heavy industry.

Nitya Aggarwal is policy and communications intern at Climate Advisers.