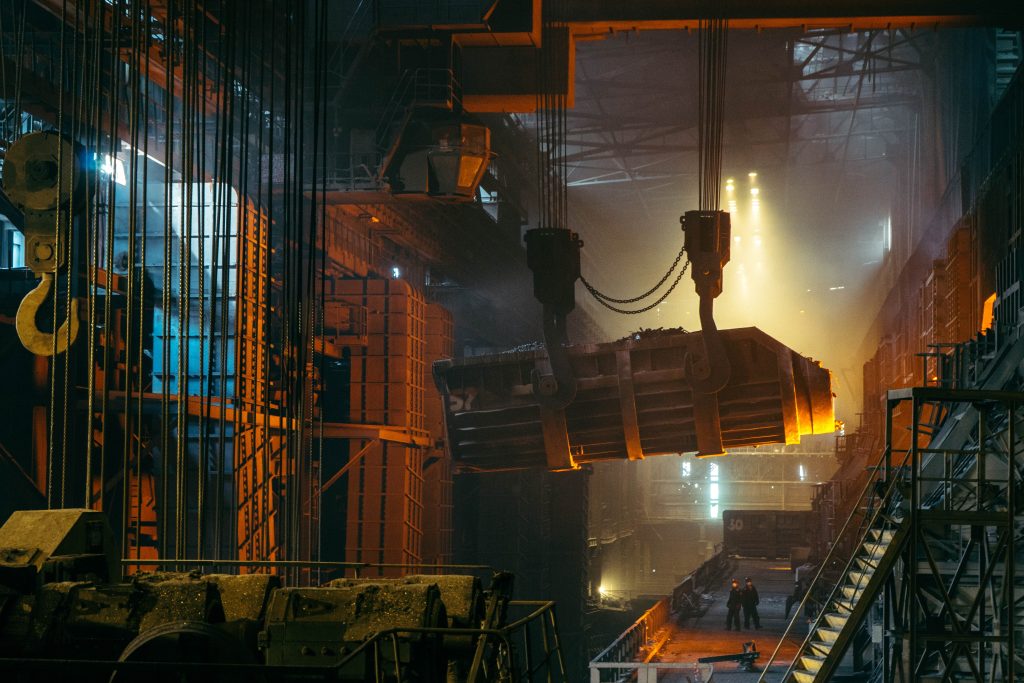 There are four important components of an effective program for global cooperation on industrial decarbonization that the G7 can lead in designing and promoting. In fact, the G7 may be the only multilateral entity capable of catalyzing such a program to accelerate the progress needed for hard-to-abate industries to meet Paris climate goals.

Below are four key steps that the G7 can take to increase coordination on industrial decarbonization.

What does an initial platform look like, and where does it reside?

Since only ten countries produce approximately 80 percent of world steel, it will be sufficient for even the most inclusive eventual steel decarbonization platform (or even an eventual “world agreement”) to target at the outset only the United States, the EU (Germany and Italy are the only EU countries in the top ten nation-states), India, China, Japan, South Korea, Russia, Turkey, and possibly Brazil. Others that could observe or join later as major producing, importing, or consuming countries include Ukraine, Vietnam, Poland, South Africa, and Indonesia. Canada and Mexico could potentially participate with the United States in a North American partnership. Potential “associate” membership categories that include companies, trade associations, and others are discussed below.

For this reason, as explained in our earlier article, the G7 is an ideal incubator and proponent of such an initiative and platform. However, neither the G7 nor some other existing multilateral entities appear to be ideal venues for a permanent platform. The G7 represents exclusively wealthy countries and does not include China or India, which will soon be producing around 70 percent of world steel, or other rapidly developing countries that will be consuming, importing, and initiating construction of increasing amounts of steel. While the G20 includes India and China, it may be over-inclusive of parties with competing and diverging interests. Neither has a permanent secretariat or body of expertise for steel (or cement, aluminum, or chemicals). Similarly, trying to locate this effort in the UN Framework Convention on Climate Change (UNFCCC) secretariat would be even more over-inclusive and potentially subject to “consensus” requirements on some major issues, whereas a Paris-type agreement on steel decarbonization with nationally-determined commitments need only require initial agreement among eight to ten countries, not 180.

The IEA has recently proposed a global agreement on decarbonizing steel in a paper prepared for the German Economy and Climate Ministry, submitted to the G7. There appeared to be general approval of this approach among the G7, although there was no formal endorsement or adoption. The Breakthrough Agenda for Steel, announced at last year’s COP, is also a trailblazing effort involving forty-five countries with 70 percent of global GDP. Some originally hoped that the current US/EU discussions on Sustainable Steel and Aluminum could be expanded to include Japan, the United Kingdom (UK), India, and South Korea (all of which are eager to participate), and become the basis for a global platform to meld green steel cooperation with supportive trade policy around steel.

There appear to be only three alternatives to the IEA for locating the platform venue: the Clean Energy Ministerial (CEM), housed at UN Industrial Development Organization (UNIDO), which hosts the Industrial Deep Decarbonization Initiative (IDDI); the Organization for Economic Cooperation and Development (OECD); or an entirely new and separate entity for the platform.

The OECD certainly has the capability to host such a platform. Though its membership includes twenty-eight countries, most of which are wealthy ones, its agenda includes both industrial development and trade. The OECD does not include India, but India participates in its Steel Committee discussions, and the OECD has a permanent secretariat and expertise in both steel production and trade policies impacting steel.

Selecting the CEM and UNIDO as a venue would recognize that the CEM already houses IDDI, which is co-sponsored by the UK and India but has now added Germany and the United States (as well as Saudi Arabia and the UAE). It has also taken the lead in developing both methodologies for steel and cement but also in shaping future public purchase program architecture. Moreover, UNIDO might be more acceptable to developing countries, even though it is perhaps less acceptable to G7 countries.

While a brand-new organization for a global steel initiative is certainly possible, if this platform is to become the future venue for efforts to decarbonize cement, chemicals, fertilizer, and aluminum as well, then building a secretariat and support base from scratch for this expanded role in a brand-new organization would be a considerable start-up challenge.

Under any organizational approach and choice of venue, a role for India is critical. India’s early engagement and openness to work toward becoming an enthusiastic participant in a global accord on steel at some point may be essential not just to include a critical mass of producers but equally as an incentive for China to engage in serious discussions and negotiations about joining the accord or affiliating with it in some fashion.

Discussions within the G7 aiming toward a series of decisions at its meeting in Hiroshima should be focused on these initial subjects: agreement on a generally accepted methodology; agreement on a venue; and, at least, an initial regime specifying minimum data required for applying the methodology and requirements for its collection and transparency.

The first discussion topic (as mentioned in our earlier paper) would be coordination on adopting a common methodology to measure the GHG emissions embodied in steel facilities and products. Such standards are a prerequisite for any program to move toward lower- and zero-carbon steel. This should be a relatively non-threatening and mutually beneficial subject for discussion, and one that is supported by industry. To the extent that the industry in several major steel-producing countries is dominated by just one or a few giant companies (Japan, South Korea, the United States, India, and China), those companies and other major EU producers in Germany, Sweden, and Italy have the technical capabilities and economic strength to have set zero-carbon targets already. They are already worried about a plethora of methodologies for defining “low-carbon embedded steel” and should be powerful supporters of a movement toward a more uniform standard. Leading multilateral, industry, and civil society groups are beginning to coalesce already around the methodology most recently put forward in concept by the IEA and developed by SteelZero/Responsible Steel. This concept has already been endorsed by the United States, embraced by IDDI, and recently published as a detailed proposal by the IEA. The discussion is likely to center around whether the “sliding scale” measurement approach should be adopted, or only a part of it; whether there are alternatives; and to what extent the availability of data would require default values to be used in some instances.

The second discussion topic would focus on the choice of a permanent venue, as discussed above. In our view, the two most likely locations to be considered are the CEM and the OECD.

The third discussion topic should focus on the current state of relevant data both from facilities and supply chains; the minimum data requirements for reporting performance through standards; and how the administrative platform will develop increasingly strong requirements and require participating countries to encourage or insist that their producers adhere to them.

A final discussion topic (to be addressed later in a later piece) would be to begin discussions about G7 financing vehicles to support pilot projects in transformative technologies in key countries such as India. A commitment by the G7 to develop and finance such a structure by the end of 2024 could be a key commitment of the G7 in 2023.

These four G7 actions in 2023 could constitute the core framework of a global climate arrangement, evolving from the original proposal by Olaf Scholz of Germany for a G7 “climate club.” The initial German concept was intended to promote global decarbonization by aligning carbon pricing in G7 members and others to guard against carbon leakage and protect competitiveness of carbon-intensive industries in high-ambition countries. But the climate club idea has now morphed into suggestions of a more open “climate arrangement” focused on promoting trade in key hard-to-abate sectors (steel, cement, chemicals) of products produced with lower and lower emissions—a necessary component of a common agreed methodology for measuring embedded carbon emissions and requiring certification through a global system of data collection and reporting.

This article was written in partnership between Climate Advisers and the Atlantic Council’s Global Energy Center. It is the second in a series on decarbonizing heavy industry.